No, no – you weren’t dreaming; you haven’t received any holiday messages from us. Neither for Christmas, nor to push promotions selling you 10 TSHUs for one. Indeed, we haven’t sent you any messages of the sort because we chose not to – because, at TSHU, it already feels like Christmas everyday. Here’s a little story of how it all happened…

‘Twas the night before Christmas, just a little over two years ago…

When TSHU was still in its early stages. At the time, we knew nothing of the fashion world and had discovered that standard pricing was based on a 50%-50% model, starting from the retail price, or a X2-X2 model, starting from the cost of production. Following these guidelines, we launched TSHU in march 2014, with prices ranging between 35$ and 45$ per handkerchief.

At such prices, our handkerchiefs still flew off the shelves, to our delight! However, we received many comments regarding their steep price (which was less delightful to hear). Our goal, after all, was to see our handkerchiefs stuffed proudly in every pocket around the world. We couldn’t ignore your pleas. Something had to be done.

Considering retailer-claimed margins of 50-80%, we would’ve had to give up on our company profits (when selling to retailers) if we were to lower our prices. Which, as you know, is a tough call for any small business. But, in 2015, we did just that – twice, in fact! And our beautiful fabric handkerchiefs (omitting the designer editions) were now found in stores for the more alluring price range of 21$ to 29$.

Before these price cuts, our sales were split in equal parts to retailers and directly to you (via our website). Our new price strategy, however, caused for our sales to retailers to become quite a gamble – nay, not profitable at all. As such, TSHU had to make further cuts – this time, withdrawing its inventory from many of its retailers, except those who showcased TSHU at its very best; perfect-fit brand ambassadors, such as Colette in Paris, Simons across Canada, and even the MAC Boutique at the Contemporary Arts Museum in Montreal.

And so, for TSHU to keep growing, we bet on you, our loyal TSHUpers, to help keep our vision alive. And you have stood by us and shown your support – so much, in fact, that our handkerchiefs continued to fly off to all corners of the earth; literally to every continent (except to Antarctica, that is. Anyone up for breaking new ground?).

Thanks to you, TSHUpers, our price cuts had a grand effect and our online sales increased by 250% in only our second year, representing over 80% of our total sales. We couldn’t have done it without you.

Quite a few words, in the telling of this story, to really just say thank you. That is how you have helped make it feel like Christmas all year long at TSHU. So no, there won’t be any 10-for-1, 70% off, buy-now-pay-later. No jaw-dropping-discounts, not once-in-a-lifetime-deals. But we will certainly have a new batch of TSHU orphans looking for new homes this winter, so keep your eyes opened for upcoming email announcements. We promise you’ll be the first to know.

As for us, well… the greatest gift we have received this year was seeing our little handkerchiefs find a place in your pockets, knowing they are used, washed, and loved plenty.

PS: If you happen to have bought some TSHUs at a higher cost than the price you find them at now (and that it really ruffles your feathers, considering we had retailer-friendly prices)… If you need a special discount for future TSHU purchases, or if you simply have your own story to share, then write to us and we will try our very best to create some little miracles of our own.

Thomas Geissmann
Co-Founder TSHU at TSHU
Father, step-father, lover, retired lawyer and entrepreneur—a man of many facets. He is co-founder of TSHU, the company that has put handkerchiefs back on the map. A proponent of good sportsmanship, Thomas loves winning equally as he hates losing. With extensive leadership experience, Thomas has built powerful teams, generated financing rounds of over $10 million and secured important partnerships in three continents.
Latest posts by Thomas Geissmann (see all)
Category: TSHU News
Search
Categories
Recent Posts 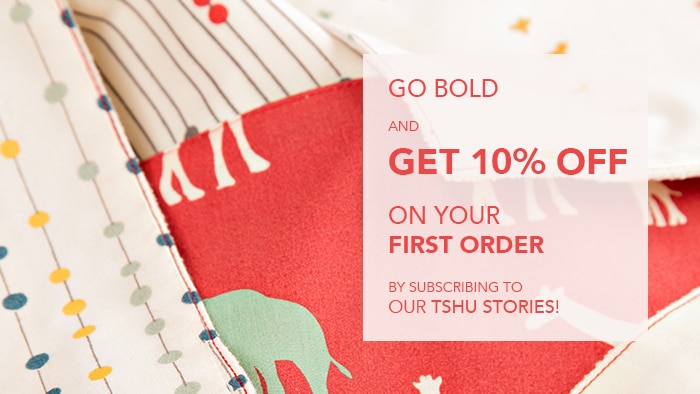 Don't forget to check your inbox and confirm your subscription!