Hankie, pocket square, snot cloth… only a few of the many ways we affectionately call a handkerchief today.

Much admired as an outfit complement, its use is, however, shrouded in mystery. What is this handy fabric accessory really designed for? How did it come to be?

Let’s spruce up on our history.

A kerchief (derived from the French “couvre tête”) is a thin fabric meant to cover the head for either protective or decorative purposes. The kerchief spans across many cultures, religions and eras, from the pañuelo to the tichel to the turban. As you can imagine, versions of the kerchief have been around for a long, long time.

Handkerchiefs, as you’d guess, are a form of kerchief small enough to be carried around and used to wipe hands, face and nose. Pocket-sized kerchiefs started to make an appearance as early as Ancient Greek times, but really became popularized by Europeans around the 16th century. Let’s be honest—the Renaissance era isn’t really known for its great hygiene practices, so we’re frankly impressed by how hard our great-great-great hankies were probably put to work!

A modern (and more handsome) friend.

As fashion evolved, so did the handkerchief! History lovers like us might know that garment trends were greatly influenced by socio-economic factors. Garments that were purely decorative became a vessel to show off class and wealth. The hanky was not exempt from this! Which makes sense—imagine how baller you looked by owning a nice handkerchief not because you needed it but just because you could.

And so, expensive, silky, colourful hankies decorating pockets were born, resembling the modern and stylish hanky we’re all familiar with today.

However, since we’re in 2019 and fashion is constantly evolving, what’s actually cool today is investing in things that not only look good but also do good. It’s not fashionable anymore to use plastic straws, be lax about recycling or leave lights on when nobody’s home. In 2019, it’s classy, elegant and respected to care about things that are inconspicuously important like one’s ecological footprint. The world is growing up and realizing that it wants more than just a pretty face. The world wants a pretty face that is also educated, kind and thoughtful…. And that’s how brands like TSHU came to be, creating versatile little companions that are as impactful as they are stylish. Hurrah!

So now that you’ve got all the backstory, ready to dive into the magical, eco-friendly world of TSHU? We think a good place to start is here. Enjoy! 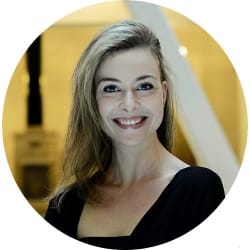 Follow me!
Latest posts by Marion Poirier (see all)
Category: Tips and tricks
Search
Browse by theme
Our latest posts